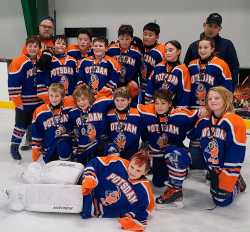 Knights finish In middle of pack at Don Richards Invite

Dumont tosses in 21 in Knights women's basketball oss to Skidmore

Lapointe scores his first of the year; Skating Saints battle to 2-1 loss with No. 2/4 Quinnipiac

Reindeer Dash to step off in Potsdam