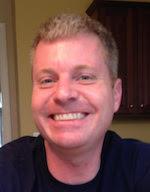 MORRISTOWN – The world lost a beautiful, eccentric soul the morning of April 28, 2021.

William Robert Armstrong, 44, of 412 Main St. and 1123 Hooker St., formerly of Newtown, Conn., died surrounded by the love of his father, sister and fiancée after a brief illness. He had been under the care of Hospice and Palliative Care of the St. Lawrence Valley.

His last words were “I love you. Just stop talking now,” and “Stop f***king with my hand.” We know how that sounds, but despite his regularly foul language, lack of a mental filter, and general reputation as a curmudgeon before his time, he was beloved by all who knew him.

Friends and family are welcome to call Friday May 7, 2021 from 2-6 at Islandview Funeral Services, 300 Main Street. Condolences, photos and flowers may be shared online at www.islandviewfs.com

A celebration of his life for family and friends will be held June 19 at Ella’s, Main Street, at a time to be determined. Internment services will be held at a later date in Newtown.

He is survived by his father, William Richardson Armstrong of Ocean Isle Beach, N.C. and Morristown; a sister and brother-in-law, Drs. Melanie and Ruben Acosta of Ashton, Md.; two nieces and a nephew, Isabella, Sam and Abigail Acosta, Ashton, his fiancée, Elizabeth Graham Lyons, Morristown; two nearly stepdaughters, Isabelle and Della Lyons; and many dear friends, aunts, uncles and cousins. Also among his survivors are his brother-friends, Ted Demirs and DJ Haddad, Connecticut.

He was born in Boonton, N.J., on Feb. 20, 1977, son of William and Patricia Armstrong. He graduated from St. Margaret McTernan High School, Waterbury, Conn., in 1995, where he broke his arm in a mosh pit at a dance. The other members of the pit were most likely Ted and DJ.

Bill was a regular visitor to the north country who literally marched to the beat of his own drummer. At roughly the age of 4, he took off after a marching band down State Street, Ogdensburg, during a parade and didn’t look back. He had to be rescued before he disappeared into the sunset. That was pretty much a statement for his whole life.

He received a bachelor’s degree in finance from Western Connecticut State University in 2001. He held several jobs in Connecticut before relocating to the north country.

Bill was a yo-yo afficionado who enjoyed performing tricks such as the short bomb, which was a derivation of the cat’s cradle derived by him and his father.

He permanently relocated to Morristown in 2017 after deciding a local girl he had befriended wasn’t too bad to spend time with. Earlier this year, he popped the question by telling her, “We should probably do this thing, don’t you think?” She said it was incredibly romantic. The couple had planned to wed in June at his family’s summer home overlooking the St. Lawrence River, the place most dear to his heart and the one in which he chose to leave this world.

Bill made no bones about who his friends were. Anyone who spent time with him knew you never had to wonder what was on his mind because it was most likely going to come out of his mouth. We found it both endearing and infuriating at times, but we always knew where we stood with him. He loved a spirited argument over trivial facts and won more often than any of us care to admit. Every time he was wrong, however, we documented it. Those notes will be framed. He thought that if he said something loud enough or with enough conviction, it made it true. It did not.

Bill was a member of the St. Lawrence State Park Golf Course, where he was a proud mediocre player along with the rest of us.

He loved fiercely, gave generously, adored his friends, lived his life to the fullest and was uncompromising about what he wanted. He unapologetically and vigorously lived life on his own terms. He was an avid gamer and rockhound, having until recently gone on annual outings to the Herkimer diamond mines in search of treasure. Anybody want some boxes of rocks? We have a few. Seriously. We can’t lift them. Please send help.

Bill’s loss leaves a gaping hole in our lives that will never be filled. We will fondly look back on all the time we were lucky enough to spend with him, and remember him for the funny, witty, devilishly handsome, intelligent, impossible, wonderful human being he was. His family was the center of his universe, especially the children in his life. We are all heartbroken that he is gone.