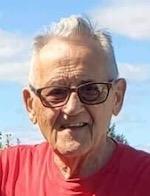 He was predeceased by his wife of 66 years, Sheila in February 2020; his sisters, Gertrude Collins and Dorothy Strader; and his brother, Howard Richards.

Bill was born on December 13, 1933, in Red Mills, NY, the son of Joseph Emile and Marie LaFlair Richards. He attended the one room schoolhouse in Red Mills until the 8th grade. He then attended the George Hall trade school in Ogdensburg graduating in 1952. During his summer vacations from high school, he worked for Seroni Construction, building concrete foundations and tunnels on the grounds of the state hospital in Ogdensburg. Shortly after graduating Bill enrolled in the United States Air Force where he worked in the Air Police attaining the rank of Staff Sergeant during his four years of enlistment.

Bill married Mary Sheila LeMay on March 20, 1954, at St. Mary’s Cathedral with the Rev. Floyd Brown officiating. They resided in California where Bill was stationed at the Fairfield Air Force Base. They returned to Ogdensburg in 1956 following Bill’s honorable discharge. He then began his 33-year career working at the St Lawrence Psychiatric Center. Bill spent most of his career working in the safety department where he attained the rank of sergeant. He received extensive training in fire science and criminal justice during his career. One of his proudest accomplishment was graduating from SUNY Canton with high honors at the age of 42 with an Associate’s Degree in criminal justice.

Bill was a man of many interests, much talent and a heart of gold. He was a very talented woodworker creating beautiful furniture and cabinets for his family and friends. Of all his creations, he was most proud of his family. Nothing brought Bill more happiness than a visit with friends and talking about his family. There was never a dog that didn’t like Bill and Bill didn’t like back. He was known for always carrying dog treats with him when he went to visit family and friends with dog.

In lieu of flowers, donations may be made in his name to the St. Lawrence Valley SPCA, P.O. Box 594, Ogdensburg, NY 13669 or a charity of one’s choice.

Condolences can be made online at www.fraryfuneralhomes.com.