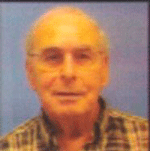 OGDENSBURG — A Funeral Mass for Wallace Norman Martel, age 94 originally from Ogdensburg NY, will be held at 10:00am on Monday (May 9, 2022) at Notre Dame Church.

Arrangements are with the Fox & Murray Funeral Home.

Wally is survived by his beloved wife, along with many relatives and friends.

Wally was preceded in death by his parents, Jennie and Norman Martel, and his brothers Delbert Martel, Carl Martel and Donald (Marty) Martel.

He was born in Ogdensburg on May 8, 1927. Upon graduation from Ogdensburg Free Academy, he volunteered to serve his country in the United States Navy, from 1944-1946.

He went on to attain his Bachelors in Business Administration from Niagara University, and studied management at Indiana University.

Wally began his career as an auditor for Sinclair Oil and within a few years, his outgoing personality and enthusiasm led him to sales.

This started him on the path of a long and successful career in positions of increasing responsibility, especially as manager of sales training, based in Cleveland, for 3,500 Sohio employees.

All along the way, with his quick wit and generosity of spirit, Wally guided and mentored others with their careers.

He was happy to share his knowledge and skills with others, even teaching economics in inner city Cleveland schools.

While still working, Wally and Liz pursued their other interests in the fields of Art, History, traveling, antiques and rare books.

Upon retirement, they were able to pursue these interests to an even greater extent.

They traveled widely in North America and abroad.

They were members of various museums around the country, including the Remington Museum in Ogdensburg.

During their retirement years in Naples, Wally and Liz continued to be involved in organizations and activities.

They were early supporters, members and volunteers at the Naples Botanical Garden.

Also, Wally volunteered as an enthusiastic greeter, at the Von Liebig Art Center for years!

Wally was an accomplished painter, sculptor and woodcarver.

He took classes to constantly improve his skills and his works are enjoyed and treasured by many, and will be appreciated for many years to come.

Wally supported libraries and was an avid reader of a wide variety of books and magazines.

His Catholic Faith brought Wally through challenges in his life.

He never lost sight of it.

Wally and Liz were members of St. Ann Catholic Church in Naples for many years.

Memorial contributions can be made to a charity of one’s choice.

Condolences and fond memories can also be shared online at www.foxandmurrayfuneralhome.com.