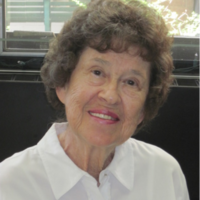 Virginia Aguilar Field, 89, a resident of McGraw House passed away peacefully on Monday, April 26, 2021. She was born in Ithaca, NY in 1931, the daughter of the late Domingo and Lucille Aguilar.

Ginny was a loving and devoted wife, mother, grandmother, and great grandmother. She is survived by her children; Deborah Calo (Peter) of Chico, CA, Duran Field (Margaret) of Rockville, MD and David Field (Patti) of Eatonton, GA; her grandchildren, Jordan Calo of Chico, CA and Ben Calo of Phoenix AZ, Nicole (Dany) Bardizbanian of Scottdale, GA and Michael Field of Atlanta, GA; and her great grandchildren Fallon and Massi Bardizbanian and granddog Dallas. She is also survived by her sisters Carmen Brewer, Rita (Robert) Boothroyd, Lisa Rynes and Tina (Danny) Matychak and many nieces and nephews.

Ginny was predeceased by her husband George, her son Brien; and her brothers D.I. Aguilar and Rene Aguilar.

Ginny was baptized, christened, and married in the Immaculate Conception Church in Ithaca. Ginny and George lived in many locations along the east coast before settling in Canton, NY, as well as traveling to Chico, CA to spend winters with their daughter’s family.

Ginny’s working career consisted of being a physical therapist aide, an assistant bookkeeper at a department store, a secretary at The American Cancer Society, as a teacher's aide for the developmentally disabled and running her Remington Curios Store.

They returned to Ithaca in 2004 where they became active members of the McGraw House community.

George and Ginny also had their beloved Field Hideaway summer home for 33 years on Higley Flow near Colton, NY, where the family gathered for a reunion each summer and where Ginny would swim every day.

George and Ginny were active with Hospice for over 30 years, both in California and the North Country.

A Mass of Christian Burial will be celebrated on Monday, May 17, 2021 at 10 a.m. at Immaculate Conception Church in Ithaca. Private interment will take place at Calvary Cemetery.

In lieu of flowers, donations in Ginny's memory may be made to Immaculate Conception Church https://immconch.weshareonline.org/ws/opportunities/SundayOffertory/donate or to Hospicare of Ithaca https://www.hospicare.org/donate/donationform/.

Bangs Funeral Home in Ithaca is assisting the family of Virginia Field.