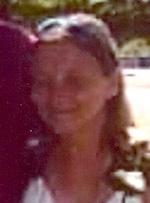 Funeral Services for Vickie “Vic” Phillips, 64, formerly of Norwood, will be held at 4 p.m. on Tuesday, July 16, 2019 at Garner Funeral Service in Potsdam. Vickie passed away Friday evening on July 12, at Massena Rehabilitation and Nursing Care in Massena, surrounded by her loving family. Calling hours will also be held from 2-4 p.m. at the funeral home. A graveside service will be held at 11 a.m. on Friday, July 19, at Garfield Cemetery in Potsdam.

Vickie was predeceased by her parents and her favorite shih tzu Gizmo.

She was born on February 28, 1955 in Potsdam, to Allen “Two Gun” Phillips and Jean “Bomber” Duegaw Phillips. She attended Norwood-Norfolk Central School and later received her GED. Throughout her life she worked as a cashier at Ames/Hills in Massena and as a cleaner and cook for the American Legion in Massena. She also raised two of her grandchildren, Alan and Dylan Claffey, in who she affectionately called “Baby Alan” and Dilly Bean” for many years.

Vic enjoyed partying, singing, dancing, watching Golden Girls, Gunsmoke, and Rosanne, camping, and in her later years playing computer games. Those who loved her describe her as strong-willed, friendly, loving, energetic, young and free spirited. Condolences and fond memories can be shared online at www.garnerfh.com.