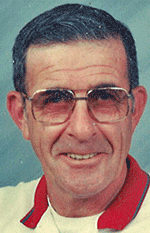 Thomas was born on December 1, 1936 in Ogdensburg, the son of the late Clarence and Florence (Liscumb) Crosbie. He graduated from Madrid Waddington Central in 1957 and later Married Phyllis Ober. The marriage later ended in divorce. He later married Mary Riley in 1970, she predeceased him in 1988 from cancer. Thomas then married Diane Fassett in 1989 in Potsdam, NY. She later predeceased him.

At one time Thomas, worked for Madrid Waddington Central as a custodian and later at Potsdam Paper Mill. He then started work at the State University of New York in Potsdam, retiring in 2002 after 34 years of service. He was a life member of the Potsdam Elks Lodge as well as the Stag Hunting Club. Thomas enjoyed hunting and carpentry work as a hobby.

He is predeceased by a son, Steven Crosbie and a brother, Robert Crosbie.

Memorial contributions in Thomas’ memory may be made to National Elks Foundation 2750 North Lakeview Avenue, Chicago, IL 60614-2256 or a charity of one’s choice.

Arrangement are under the care and direction of the Phillips Memorial Home, Madrid. Memories and condolences may be shared with the family by visiting www.PhillipsMemorial.com