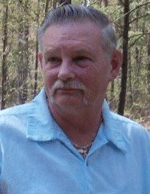 MASSENA — Thomas E. Kargoe, 74, passed away on Father’s Day, June 19, 2022, in the early morning hours, due to complications from kidney disease.

He married Dale A. Ashline in 1971 while serving in the United State Army.

Tom was a proud member of the 1st Calvary during the Vietnam War.

Along with amateur radio, Tom frequently fished along the shore of the St. Lawrence River and Salmon River.

He especially enjoyed Salmon Fishing below the Parker Bridge in the fall.

Tom is survived by his loving son and daughter-in-law; William E and Kim Maxfield Kargoe, as well as his loving daughter and son-in-law; Melody D and Scott M. Deshaies.

The family is honoring his wishes of not having a service at this time and will have a private celebration of life at a later time.

In lieu of flowers, donations may be made to the Kidney Foundation or Vietnam Veterans Memorial Fund.

The family would like to extend their thanks and appreciation to the doctors and nurses at Memorial Regional Medical Center for their care of our loved one.