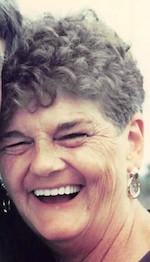 CANTON -- Theresa M. (Conklin) Faucher, 83, of Canton, died peacefully on Wednesday, September 28, 2022, at the Claxton-Hepburn Medical Center in Ogdensburg, where she was in the company of family.

Terry as most referred to her, was born June 5, 1939 in Russell, a daughter to the late John and Florence (Trombley) Conklin. She graduated from Canton High School in 1958 and went to work at the Edson Martin Beer Plant. On August 1, 1959 Theresa married Rene L. Faucher at St. Henry’s Catholic Church in DeKalb. From there she went on to be a mother and owner operator of the Glass Bubble Antique Shop, which she operated until just a few weeks ago prior to becoming ill.

In addition to her parents, John and Florence, she is predeceased by five sisters, Shirley Elliott, Kate Karpowich, Jean Gemmil, Beverly O’Brien and Donna Hosley.

There will be no formal services.

Contributions in lieu of flowers may be made to the American Cancer Society, PO Box 6704 Hagerstown, MD 21741 or online at cancer.org or to the Richard E. Winter Cancer Center, 5 Lyons Place; Ogdensburg, New York 13669.

Memories and condolences may be shared online at www.olearyfuneralservice.com. Arrangements for Theresa M. (Conklin) Faucher are under the care of the O’Leary Funeral Service of Canton.