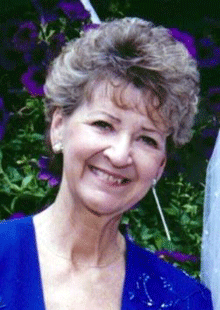 OGDENSBURG -- A Funeral Mass for Susan M. Lalonde, age 77 of Ogdensburg will be held at 2 p.m. on Friday (November 25, 2022) at St. Mary’s Cathedral with Rev. Joseph Morgan officiating. Entombment will be at a later date at the Oswegatchie Mausoleum (Foxwood Memorial Park) in Ogdensburg.

Calling hours will be held also on Friday from noon to 1:30 p.m. at the Fox & Murray Funeral Home. Susan passed away at her home on Monday (November 21, 2022) surrounded by her loving family and special friend Susan O’Neil.

She was predeceased by three brothers Richard, Robert & Donnie Roe.

Susan was born on March 1, 1945 in Long Island, a daughter of Richard & Cecilia (Dolega) Roe. She graduated from Dominica Commercial High School, and later married Michael Donnelly in 1967. The couple’s marriage ended, and she again found love, and married Gary W. Lalonde on September 17, 1988.

Her career began as a legal secretary for Rouse Construction and North East Construction. In 1973 she began working for the New York State Department of Transportation in Ogdensburg and retired in 2003 as a senior clerk.

Sue was a secretary treasurer for the Republican Committee; a co-chair literacy volunteer; and volunteer for the St. Lawrence Valley SPCA. She enjoyed traveling, her volunteer work, riding horses, bowling, hiking in the Adirondacks, flower gardening, eating out, and time spent with family, friends and grandchildren.

Memorial contributions can be made to the St. Lawrence Valley SPCA. Condolences and fond memories can also be shared online at www.foxandmurrayfuneralhome.com.