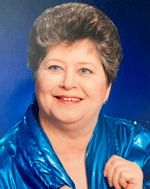 MASSENA – Shirley A. “LaVare” Wilson, age 84 a long-time resident of Brasher passed away Wednesday May 4, 2022, at Canton Potsdam Hospital.

Arrangements are with the Flint Funeral Home, Moira.

Shirley was born July 23, 1937, in Brasher a daughter to the late George & Gladys LaVare.

She was a graduate of St. Lawrence Central School. She united into marriage with Walter Wilson on January 26, 1957, at St. Patrick’s Church, Hogansburg. He predeceased her on December 27, 2000.

Shirley began her employment at Massena Memorial Hospital in 1958 as a nurse’s aide. She then left for a short period of time and returned to work in the Radiology Department as a Darkroom and EKG technician; there she worked for 13 years retiring September 7, 2000, as a Physical Therapist Aide.

Shirley loved her craft work, baking, and cooking. With her giving spirit she enjoyed sharing her crafts, knitting (famous for her slippers), and baked goods with all her family and friends.

Her siblings Margaret Sova of Brasher, Linda Forte of Moira along with many nieces, nephews and cousins survive her.

Respecting Shirley’s wishes there will be no funeral services, however a celebration of life service will be held at a later date to be announced.

Memorial contributions in Shirley’s honor may be made to the St. Jude’s Foundation.

Condolences and memories may be shared at www.flintfuneralhomeny.com.