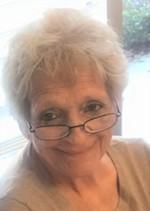 GOUVERNEUR -- Ruth S. Lutz, age 73, passed away on May 6, 2021 at the Wilkes-Barre General Hospital in Pennsylvania.

Ruth was born on August 30, 1947 in Canton, NY to the late Maynard and Mabel (Day) Durham. She attended Gouverneur Central School. On April 22, 1978, she married Bertrand B. Lutz at the Gouverneur United Methodist Church. Bert passed away on March 2, 2002.

Ruth had worked at the Gouverneur Central School in the cafeteria. She was also a bus monitor, cleaned at the Clearview Motel and for the Town of Gouverneur, and had worked at McDonalds. She loved to cook and go camping. She provided foster care for many years and loved watching the races, especially when her children were in them.

Calling hours will be held at French Funeral Home in Gouverneur on Monday, May 10, 2021 from 1 – 3 and 6 – 8 p.m. There will be a graveside service on Tuesday at 1:00 p.m. in the East Riverside Cemetery in Gouverneur followed by a reception at the Gouverneur Elks Lodge. Condolences and photos may be shared online at www.frenchfuneralhomes.com.