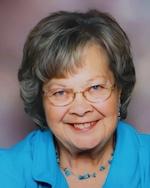 Due to the current pandemic services will be held privately for the immediate family. A memorial service will be held at a time to be announced at Crary Mills Presbyterian Church with Lay Pastor Skip Edie officiating. Burial will be in Crary Mills Cemetery.

Memorial contributions may be made to Crary Mills Presbyterian Church or the Activities Department at Maplewood who provided music and activities for her entertainment - United Helpers & Senior Rehabilitation Care, 205 Canton-Madrid Road, Canton, NY 13617.

Ruth was born August 23, 1940 at the family farm near Crary Mills, NY. She was a daughter of the late Marshall F. & “Tina” (J. Elbertine McEwen) Clothier and was born prematurely. At 2½ pounds, Ruth’s mother lovingly placed her in a shoe box and put her in the warming oven of her oil stove, where she thrived. Ruth was educated at the one-room schoolhouse on the corner of Butternut Ridge Road and Route 68 through 6th grade, and then rode the bus to Canton where she graduated from Hugh C. Williams High School.

Ruth met her husband, Walter James Pharoah, when she was 13 and his brother was dating her best friend. Since Walt had a car they double-dated a lot, and on November 29, 1957, she married Walt at Crary Mills Church with Rev. Jack Wells as celebrant. They built a home together just up the road, on Ruth’s father’s dream plot, where they raised their three children. They spent summers with their young family on the Racquette River at their family camp in Higley and later spent winters in Homosassa, FL. Walter passed on in 2004. Ruth never remarried.

Ruth’s work experience was varied. She worked for the Community Development Program where she participated in many different projects to benefit local communities, as well as Headstart. She was the first outreach worker for Planned Parenthood NNY, worked for the Association for Family Health Services assisting with the start of rural health centers in Colton and Hermon, and in October 1977 she started work with the US Postal Service in Canton as a substitute mail carrier. Ruth owned and operated a square dance and western wear shop for 14 years, selling the shop when her job as a substitute rural mail carrier turned into a full-time job. Ruth retired as a rural mail carrier in 1993.

As an active member of her community Ruth volunteered in many capacities, including: board member, project, cooking and sewing leader for Husky Workers 4-H Club; member and Sunday school teacher at Crary Mills Church for 50-plus years; founding member and committee chair for Ministries in the North Country where she helped promote Christian education, Vacation Bible School and curriculum for Sunday Schools; and served as chairman for Consumer Outreach Task Force of NY State Coalition for Family Planning. She was a member of the St. Lawrence County Genealogical Society, as well as several other genealogical societies.

Also predeceased are her brother, Ed Clothier and her step-father, Lester Judd.

Some of Ruth’s interests, hobbies, and joys have included: visiting and traveling with her grandchildren, researching geneaology, hosting Margarita Friday gatherings, scrapbooking and cardmaking, gardening, history, playing cards, traveling with her husband in their motor home, cruising, backyard bird watching, square dancing with Skirts & Flirts, teaching Sunday school and leading a Christian Clown group at Crary Mills Church. Her favorite colors were red and turquoise, her favorite bird the cardinal, her favorite song was Just a Closer Walk with Thee, and her favorite singers were her daughters.