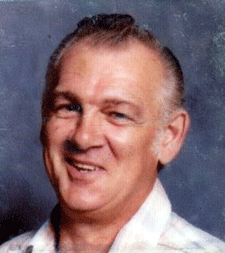 OGDENSBURG -- Ronald William Addison Sr, 83, of Ogdensburg, NY, passed away peacefully on November 21, 2022 with his wife Beverly lovingly by his side. Ron was born on April 21, 1939 to William and Ruth Addison in Lawrence, NY.

Ronnie truly had the gift of gab and his wit and humor put a smile on the face of everyone he met. He was quick with a joke, could make conversation with anyone and always had an answer. Ron was raised by his mother Ruth, who he idolized, and his grandfather, Floyd Lindsey. He often expressed Floyd's kindness and had a soft spot for children who grew up in not so perfect situations—one of his favorite sayings was, "You can't judge a man until you walk a mile in his shoes."

Ron drove his first tractor trailer across the state when he was 15-years-old and throughout his life driving would become his main source of income. One of his favorite positions was transporting troubled youth for Ivey Ridge as he could relate to their experiences. Ronnie had tattoos before they were cool and a rebellious nature that calmed with age. He was also a very proud man who loved his family and cherished his wife Beverly.

Ron loved the outdoors, especially going hunting and fishing. Whether he harvested a deer or not, he enjoyed the time in the woods. He loved woodworking and could be seen outside of his garage most any summer day crafting pine boards into hope chests and home décor. He sold his work and enjoyed the friendly conversation as people stopped to admire it.

Ron was also very fond of his different pets throughout the years. He was often seen walking Elvis, one of his beloved beagles, on their "2 miler" every morning no matter the weather. When not walking, the pair could both be found napping together on Ron's favorite recliner.

Ron lived with dementia during the last years of his life. He battled the disease with the most amazing grace, bravery and strength, with his loving wife Beverly always by his side. He lived every day with positivity and determination not to let the disease keep him from doing the things he loved.

Everyone who knew Ron knew that he was an extremely witty, charismatic and proud person, and that he loved his family very much.

Ron was preceded in death by his parents; a sister; a granddaughter Dallas Grubbs; an infant brother Eugene Addison; a son-in-law Joseph Schack; and a special friend Carl Stetter.

The family requests that in lieu of flowers, please consider a donation to the HOSPICE Foundation of St. Lawrence County. There will be no calling hours or funeral arrangements. Condolences and fond memories can also be shared online at www.foxandmurrayfuneralhome.com.