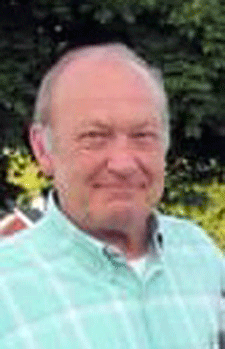 CANTON -- Ronald L. Gilson, 79, of Canton, died peacefully Wednesday, August 17, 2022 at the Canton-Potsdam Hospital, where he was in the company of family.

Ronald was born March 15, 1943 to the late Donald and Edna (Lawrence) Gilson. He was a graduate of Canton High School and from Canton ATI.

On July 11. 1970, he was united by marriage to Deitre Thorbahn at the Canton United Methodist Church, the couple celebrated 50 years of wedded bliss in 2020. Dee predeceased him on March 7, 2021.

Ronald worked for Ken Reason, Curtis Key, Bowman Products and Kraft Manufacturing, he and Dee owned and operated DeRon Maintenance Supply and he worked for his father, Don who operated Drive-In Theatres in Canton, A-Bay and Massena.

He served in the United States Airforce for a full tour ad was stationed in Vietnam for one year and four days. In 1966 he was awarded a Medal of Commendation for his service.

He enjoyed bowling, cooking, gardening and woodworking, he was a lifetime member of the Edward Seymour VFW Post 1231 of Canton, the American Legion, AMVETS, and Vietnam Vets of America. He was a past member of the Elks, 4H Horse-riding Club and 37 year member of the Canton Fire Department.

In addition to his wife, Dee Gilson and parents, Don and Edna, a brother Peter Gilson predeceased him.

Calling hours will be held on Saturday, August 20, 2022 from 1 to 4 p.m. at the O’Leary Funeral Home, Canton, followed by his funeral service at the 4 p.m. at the funeral home.

Memories and condolences may be shared online at www.olearyfuneralservice.com. Arrangements for Ronald L. Gilson are under the care of the O’Leary Funeral Service of Canton.