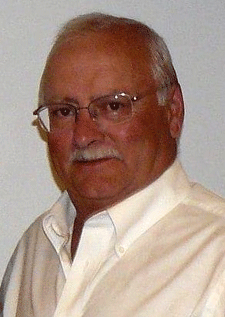 NORWOOD – A Celebration of Life gathering for Ronald J. Guyette, 69, a resident of 45 Elm Street, Norwood, will be held in the springtime at a time to be announced. Ronald passed away at his home on Friday afternoon, January 20, 2023.

Ronald was pre-deceased by his parents, Nelson and Eleanor.

Born in Canton, NY on October 12, 1953 to the late Nelson and Eleanor Locke Guyette, Ron graduated from Norwood-Norfolk Central School, Class of 1972. While attending NNCS, Ron was an accomplished Pole Vaulter as well as a wrestler, holding several school and State records, in which he was very proud of.

Ron worked as a meat cutter for many years, working at Loblaw’s, The Great American, P & C Foods and Price Chopper. Ron also had his own deer processing business.

Memorial donations in Ron’s memory can be made to the St. Jude’s Children’s Hospital or to the American Heart Association and memories and condolences may be shared online at www.buckfuneralhome.com .