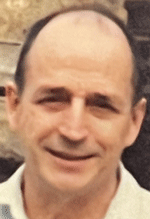 Roger was born on January 31, 1932, in Cornwall, the son of the late Zoel and Delima (Philips) Beauchamps and graduated from school in Cornwall.

On July 16, 1955, he married Hugette Campeau at Nativity Church in Cornwall.

Roger was a millright at Alcoa for several years until his retirement.

He was a jack-of-all trades handyman, who was very skilled at woodworking and repairing anything that was broken.

He had a great love for hunting, fishing, and traveling in RV.

Roger was a communicant of the Church of the Sacred Heart and a member of the Alcoa 25-year Club.

Roger is survived by his loving wife, Hugette; his children, Michel and Anita Beauchamp of Massena and Joanne and Larry Harsma of Syracuse; his granddaughters, Nicole, Christine, Melissa, Lauren, and Julie; his great grandchildren, Aubrey, Ian, Eric, Isaak, Maverick, and Rush; his brother, Fernand Beauchamp of Massena; and several nieces and nephews.

In addition to his parents, he was predeceased by his brothers, Robert and Rejean Beauchamp.

Arrangements are under the care and guidance of the Donaldson Funeral Home, Massena, where services will be held privately at the convenience of the family.

In lieu of flowers, those wishing may consider memorial contributions to be made to the Massena Rescue Squad in his memory.

Friends are encouraged to share memories and offer condolence online at www.donaldsonfh.com.