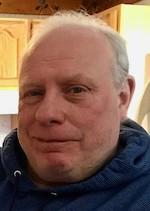 Robert was born on January 13, 1956 in Potsdam, son of the late Robert and Veneesha (Pemberton) Carr. He grew up in Waddington and was a graduate of Madrid-Waddington High School. Robert(Bill) was married to the love of his life, Marilyn Planty of Massena, since 1980. Bill was a proud Marine Corps Veteran, serving 4 years until his honorable discharge. He was a licensed mechanic and worked for Walsh Trucking until his retirement.

In addition to his wife Marilyn, Bill is survived by his son, Ryan (Heather Carr), of Massena; and his loving sisters, Carol Lashomb of Medford, Oregon and Diane Matteson of Jefferson, NY; as well as seven grandchildren, Lillian, Chloe, Zachary, Hollie, Emilee, Haden, Hailee; and many nieces, and nephews.

Bill was an avid sports fan- he loved the Giants, Canadiens, Syracuse Orange, and Washington Nationals. In addition to his love for sports he loved watching old western movies, his Thursday night poker games, and fishing with family and friends.

"Chico" as many called him, enjoyed boating, camping, and spending time with his family, and helping others. Well known throughout the community Chico was often spotted at Coach's Corner watching games. He will be fondly remembered as the life of the party with a great smile and a contagious laugh who had a "heart of gold.”

Robert was predeceased by his parents Robert and Veneesha; a son in infancy Peter Carr; and two brothers Michael and Steven Carr.

Friends and family may call at the Donaldson Funeral Home, Massena, Wednesday from 10AM-Noon, where a funeral service will be held at noon. Burial will follow at Brookside Cemetery. The family kindly invites everyone to join them for a celebration of life at the Massena American Legion from 4-6PM.

Friends and family are encouraged to share memories and condolences online at www.donaldsonfh.com.