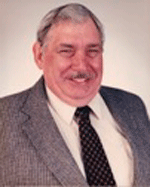 Robert served in the U.S. Navy and retired as a Lieutenant Commander after 24 years spent primarily as a pilot and flight instructor.

He then went on to teach at Penn State University in McKeesport for 22 years in the Electrical Engineering Technology program.

Robert was a 72-year member of the Ancient Free and Accepted Masons, having been raised a Master Mason in 1950.

He was also a long-time member of the American Legion in White Oak and the Two Rivers Amateur Radio Club of the Monongahela and Yough River Valley.

He was an avid outdoorsman in his earlier years, and especially liked boating, fishing, and camping.

He was technically inclined, so he always took very good care of his home, cars, radios, and computers; he was quick to offer a hand to others with theirs as well.

In his later years, he enjoyed traveling around the country by RV and spending time with family.

Condolences and memories may be shared at www.jaycox-jaworskifh.com.

In lieu of flowers, memorial contributions are suggested to a Veteran charity of your choice.