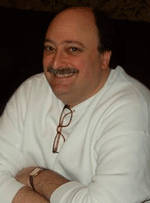 MASSENA — Richard F. Centrella, 65, of Massena, passed away surrounded by the loving presence and comfort of family on May 1, 2022 at St. Joseph’s Hospital, Syracuse.

He was born to Ernest and the late Barbara (Podgurski) Centrella on September 28, 1956, in Ft. Leavenworth, Kansas.

They later moved to Massena, where he attended school and graduated from Massena Central Schools in June of 1974.

He later married Jean (Morin) Centrella on January 17, 2004 until his passing.

Richard was most recently a manager at Spaulding Pools, Massena, having retired in 2016. He and Jeannie had many wonderful years filled with travel, music concerts, and family events.

A home body at heart, Rich was also content to enjoy a good NY Giants football game in the comfort of his recliner.

He was a kidney recipient in October 2006; his brother, Joe was the donor and Rich and Jeannie are forever thankful for the happy years it allowed them.

He is survived by his wife, Jeannie, his sisters Julie and Dennis Block and Gina Haley, both of Massena.

A brother, Joe and Josie (Flores) Centrella, of Tampa, Florida and his father, Ernest and wife Connie (Cappione) Centrella of Coconut Creek, Florida.

Also daughters, Debbie Rivers and Tammy Briggs, both of Malone.

He is also survived by a nephew, Josh Centrella and 2 nieces, Michelle (Block) Grenon and Kristin Block, and his grandmother, Viola Podgurski, of Massena.

Arrangements are with the Phillips Memorial Home, 64 Andrews St, Massena, where a private remembrance gathering is planned for the summer.

Memories, online condolences and pictures may be shared with the family at www.PhillipsMemorial.com