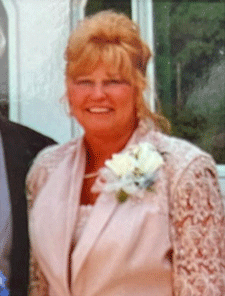 Her funeral will be held on Saturday, September 24 at 12:00 PM at Lawrence Funeral Home & Cremation Services, Canton.

Calling hours will be held on Saturday from 10:00 Am until the time of the service.

Burial will be in Morley Cemetery.

Memorial contributions are suggested to Save The Children, My Stuff Bags, or a children's charity of one’s choice or to Bishop Rehabilitation and Nursing Center, Syracuse.

Pauline was born February 24, 1947, in Bridgeport, CT and was a daughter of the late John and Evelyn (Parsons) Novitzky.

She graduated from Roger Ludlow High School in Fairfield, CT and furthered her education at Butler Business School in Bridgeport, CT.

She retired from First Federal Savings and Loan Bank in Connecticut as Assistant Vice President of 2 branches.

She also owned and operated a cleaning business, was employed as a technical recruiter for Adecco/TAD Technical, and worked at a YMCA providing childcare.

She is pre-deceased by her grandson, Keith Branford Nelson-Fuse. Pauline is also survived by several nieces: Bethany DePaul, Katie Novitzky, Jacqueline Novitzky and nephews: Geoffrey Klinger and Jonathan Novitzky and their spouses and children.

Pauline was a kind and charitable person; she loved to give to charities and causes that benefited children.

She loved caring for the children at the YMCA, volunteering at her kids schools and being a mentor for impoverished youth in CT.

She was also an avid gardener. She loved to read.

Condolences may be shared with the family by visiting www.lawrencefuneralhome.org.