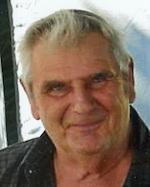 Upon his return home, he worked for General Motors in Massena as a Die Cast Operator, retiring in 1993 after 23 years of service. He was a member of the Norfolk American Legion and the Massena Amvets. After his retirement, Paul found great joy in cutting firewood, as that was his passion. If Paul wasn’t inside the house, he was either in the garage tinkering or at the wood pile.

Memorial donations in Paul’s memory can be made to a charity of one’s choice and memories and condolences may be shared online at www.buckfuneralhome.com. The Buck Funeral Home in Norfolk is serving the family of Paul E. Baxter.