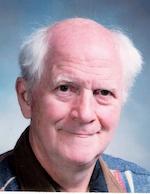 POTSDAM -- Norbert Ludwig Ackermann of Potsdam died November 17, 2022, after a period of declining health. He was able to make his final journey from his home because of the devotion and steadfast care of his wife of 70 years, Joanne John Ackermann. He was born in Irwin, PA, the fourth of five children of Otto and Magdalena Ackermann.

Nobi (as he was known) and Joanne were high school sweethearts who began a life of family and adventure in Irwin and Pittsburgh.

With his civil engineering PhD in hand, he accepted the opportunity for an academic position in Khartoum Sudan in 1959. With children in tow, they had extraordinary experiences in East Africa, including taking a riverboat down the Nile River, and climbing Mt. Kilimanjaro.

They followed that adventure with a thirteen-year teaching position at the Asian Institute of Technology in Bangkok Thailand. They lived in the city continuing to raise their five children with rich cosmopolitan and international experiences and travel throughout Southeast Asia and beyond. He and his family travelled the world with interest and enthusiasm.

The family returned to the United States in 1975 when Nobi began a 37-year career at Clarkson University in Potsdam NY, first as Department Chair of Civil Engineering, and then as Dean of Engineering. His significant contributions to the entire Clarkson community, and to the successes of hundreds of students, are too numerous to list.

Family was first and foremost to Nobi. He and Joanne were happily and enthusiastically involved with their five children, their spouses, and their growing families of grandchildren and great-grandchildren, who affectionately called him “Pa”.

Nobi’s extended family of his own four siblings and their families came together every three years for multi-generational reunions since the 1970s, each drawing over 50 people to beautiful natural locations from coast to coast.

He and Joanne had an abiding interest and love of the natural world, whether it be the wildlife in their back yard, or in the four corners of the world, including throughout the United States, Canada, the northern tip of Alaska, and the Caribbean. Their life-list of birds is impressive.

Racquetball was a particular interest of Nobi’s, which since 1975 was a central part of his life. Through the sport he developed a community of good friends, and he and son Thomas formed a special (and successful) doubles partnership.

He is survived by his wife, Joanne; five children with spouses and children and grandchildren:  Daughter Dianne and Scott Henderson of Corona Del Mar CA; daughter Stephanie and Peter Strasser of Lakeside MT with children Hillary and Eric; daughter Gretchen and Bill Straub of South Berwick, ME with children Adam with wife Helen (and their daughter Greta), and Brian with wife Katie (and their sons Ethan and Wesley); son Thomas and Marlene Ackermann of Egg Harbor Township, NJ with Thomas’ child Catherine with husband Chris Calvi (and their sons Clark, Frederick, and Nolan); and son Karl and Leslie Ackermann of Huntington, IN.

Nobi touched so many people and had rich relationships with everyone in his family. For all, he will be remembered as one of the most genuine, loving, interesting, curious, humorous, and decent human beings they will ever know.

At the family’s request, there will be no funeral or memorial service.

Those wishing to donate in Nobi's memory are invited to make a contribution to the Potsdam Humane Society.  www.potsdamhumanesociety.org

Arrangements are under the care of the Donaldson-Seymour Funeral in Potsdam.

Memories and condolences may be shared with the family online at donaldsonseymour.com