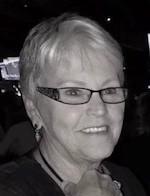 OGDENSBURG -- Funeral service for Nancy (Griffith) Massia, age 75, will be on Monday November 29, 2021 at 11:00 AM at Frary Funeral Home, Ogdensburg. Calling hours will be on Monday November 29, 2021 from 9:00AM until the time of the service. There will be a small repast in The Frary House with light refreshments immediately following the service. Nancy passed away at Claxton Hepburn Hospital on November 25, 2021, after a two-year struggle with pulmonary fibrosis brought on by Sjogren’s disease.

She was predeceased by her parents, Harold & Doris Griffith; a brother, Lawrence Griffith; and a sister, Janis Walden.

Nancy was born on June 2, 1946 in Massena, NY, the daughter of Harold & Doris (Crump) Griffith. She married John Richard Moore in 1964, that marriage later ended in divorce. She then married Henry (Hank) Massia on February 8, 1992 in Ogdensburg, NY.

Nancy was active in her community as a former member, past president and past member of the Board of Trustees of Ogdensburg Command Performances. Her interests and activities varied from time to time including reading, walking, and water aerobics. but she mostly relished spending time with her family and friends, and enjoying the friendships and many activities with her Arizona sunshine friends (in particular, “The Fab 5 Plus 2”).