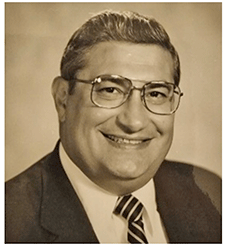 CANTON — Michael W. Duskas, a resident of Saratoga Springs, and formerly of Ocala, FL and Canton, passed away on Oct. 31, under the care of his family and Hospice. Calling hours will be held on Saturday, Nov. 5, from 1 to 3 p.m. at O’Leary Funeral Service, Canton.

Mike was born in Canton, on Nov. 8, 1937 to William J. Duskas and Katherine (Zaharis) Duskas as the youngest of seven children.

He attended Canton Central School graduating in 1955 and went on to St. Lawrence University where he graduated with the class of 1958. He then left his North Country roots to attend the University of Virginia School of Law receiving his LLB in 1961.

Upon graduation from UVA, he sat for the New York State Bar Exam and was admitted to the New York Bar in November of 1961, after which he entered into private practice with Everett Howard, as a partner in the law firm of Howard & Duskas located on Main Street in the village of Canton.

He served as a Justice of the Supreme Court for the 4th Judicial District, with his chambers in Canton, NY, until his retirement at the age of 55.

After his retirement from the bench, he served as a Judicial Hearing Officer and arbitrator/mediator for several years. During his retirement, he and his wife Pat moved to Ocala, Florida where he easily settled into the retirement lifestyle while they continued to spend their summers on the St. Lawrence River at their camp in Morristown, NY.

Throughout his life, he never lost his ability to relate to and connect with his community, joke among friends or strike up a conversation with a stranger whom he made feel like a close friend.

Mike is survived by his son, William (Victoria) of Canton, NY and his daughter Kimberly (Ronald Daly) of Gansevoort, NY as well as two sisters, Stamatoula “Toula” Assimon of Fayetteville, NY and Urania “Reggie” Mahoney of Whitefish, MT and numerous nieces and nephews.