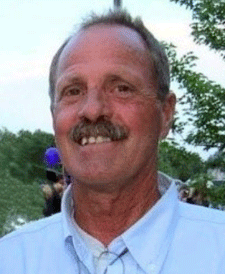 CANTON -- Michael Leslie Locy, 69 passed away on Friday, November 18 at the Canton-Potsdam Hospital.

He graduated from Hugh C. Williams High School, Canton in 1971, and he attended both Suny Canton ATC and SUNY Potsdam.

He retired from the Navy and the Naval Reserve with 20 years of service with the rank of OS1. The USS Saratoga, USS John F. Kennedy, and USS DeWert, took him to many interesting places including Egypt, Spain, Italy, France and Greece. Michael worked for Tamarck Tree Service and retired from the Lewis Tree Service.

Services for Michael will be held at the O’Leary Funeral home in Canton, NY on Tuesday, November 29.

Michael was predeceased by his parents; a sister, Deidra (died in infancy), brothers, Robert K. Jr., Christopher G., sisters-in-law, Elizabeth Kahn and Elise (Lee) Locy. He had 44 nieces and nephews and 52 great nieces and nephews.

Michael enjoyed going on adventures with his three granddaughters in the Adirondacks and swimming in the backyard pool.

He took great pride in his garden and was a season ticket holder for the SLU men’s hockey team.

He lived in the Canton/Potsdam area for the past forty years.

In lieu of flowers please donate to the American Cancer Society in Michael’s name or a charity of your choice.