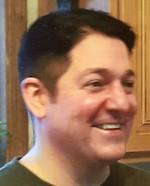 Matt was born on February 16, 1969 in Massena, a son of Mary Ellen Casselman and William Amarel. After graduation from Massena High School in 1987, he attended SUNY Potsdam graduating with a degree in Labor Relations. He was previously employed at Alcoa, Arconic and Crothall Health Care.

He was an avid supporter of the Toronto Maple Leafs and the Indianapolis Colts whether they won or lost. Matthew was an ardent fan of the Grateful Dead, his favorite song being “The Eyes of the World;” attending many of their concerts.

Matt is survived by his mother, Mary Ellen Casselman and her wife, Brenda Seguin of Massena; his sister, Rebecca Lynn Casselman of Charlotte, North Carolina; his father, William Amarel of Massena; as well as several aunts, uncles, and cousins. He will be sadly missed by his cat family of Kramer, Munchkin, Floyd, Clarkie, Gypsy, Willard and Peanut.

A celebration of his life will be held in the Summer of 2023.

In lieu of flowers, those wishing may consider memorial contributions to be made to the Potsdam Humane Society.

Arrangements for cremation are under the care and guidance of the Donaldson Funeral Home, Massena, where friends may share memories and offer condolences online at www.donaldsonfh.com.