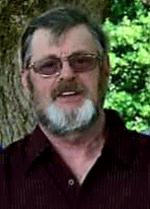 CANTON — Martin E. “Marty” Lyon, 75, of Lincoln Street, Canton died at his home while under the loving care of his family and Hospice & Palliative Care.

Additional off-street parking is available behind "LUNA" at 18 Park Street.

A memorial service will be held on Friday, June 24 at 11:00 AM in First Presbyterian Church of Canton with Rev. Michael P. Catanzaro officiating.

Memorial contributions may be made to Hospice and Palliative Care of St. Lawrence Valley, 6805 US-11, Potsdam, NY 13676 or to First Presbyterian Church of Canton, 17 Park Street, Canton, NY 13617.

He grew up in Osceola, NY and graduated from Camden High School in 1964 and later from Canton ATC in 1974.

He enlisted in the US Army Jan 1965 and was honorably discharged December 1968.

While in the service he met his wife Christa Reinhardt.

Marty worked for the Village of Canton from 1974 to 2005, where he was a heavy equipment operator and CSEA Union President.

He is also survived by three nieces and eight nephews.

He was predeceased by a brother, Kenneth and a sister, Susie O’Rourke.

Marty was an avid outdoorsman.

He was a member of Ducks Unlimited, the Inlet Outing Hunting Club, and the Canton Club. He was a long-time member of St. Lawrence Golf & Country Club, dedicated hunter and fisherman, who enjoyed reading, nature and wildlife, precious time with family and gardening.