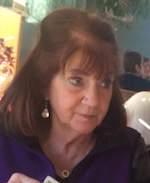 HAILSBORO -- Marion N. Twining, 84, passed away on Thursday, March 14, 2019 at Gouverneur Hospital with her family at her side.

A graveside service will be held on Tuesday, March 19 at 11:00 a.m. at North Syracuse Cemetery. Arrangements are with the Green Funeral Home, Gouverneur.

Marion was born on October 1, 1934 in Talcville, the daughter of Vernon and Mary (Girard) Lutz. She graduated from Edwards High School in 1950 and attended business school in Watertown. Marion married William J. Twining in September 1999. She previously was married to Oscar Bunch who predeceased her. She worked many years as an accountant, over 30 years at CIVES Steel Corporation and more recently at Structural Associates in Watertown.

Marion enjoyed her plants and was very active outdoors, often found cross country skiing, walking with her friends, and even rollerblading later in life. She was also active in her community, volunteering at the Gouverneur Library and local cancer associations.