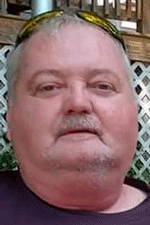 He was predeceased by a brother Dennis Wright on October 14, 2022 and another brother Raymond Barkley.

Lawrence was born in October 30, 1963 in Canton, NY, a son of the late Raymond and Evelyn (Greene) Wright. He graduated from Norwood-Norfolk Central School and continued his education at Canton ATC, graduating with an associate’s degree. Throughout his working life, he worked as a manager at Hess in Syracuse, Ashley’s Home Center in Ogdensburg and U-Haul Moving and Storage in Canton.

No funeral services will be held at this time at Larry’s request. May he rest in peace and no longer suffer. Larry will be forever missed. Memorial contributions can be made to the Potsdam Humane Society at 17 Madrid Ave. Potsdam, NY 13676. Thoughts, condolences, prayers and memories c=may be shared online with the Wright family at www.GarnerFH.com.