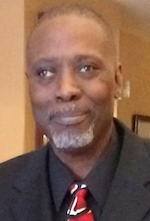 HEUVELTON -- Larry D. Garrett, age 66 of John Street in Heuvelton, passed away on Thursday (November 25, 2021) at his home surrounded by his loving family.

A service will be held at a later date in Virginia.

He was predeceased by his brother, Dennis Bradford.

He graduated from Abilene High School, and enlisted in the United States Navy where he worked as a MS2.

He enjoyed football, basketball, listening to music and his greatest joy in life, was his family.

Memorial contributions can be made to the American Diabetes Association.

Condolences and fond memories can also be shared online at www.foxandmurrayfuneralhome.com.