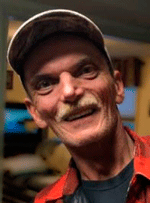 Kevin was born on June 2, 1964 in Potsdam, NY, the son of the late Frederick and Gloria (Remington) Lazore.

He graduated from Norwood Norfolk Central School in 1982 and then joined the United States Army.

Kevin was stationed in New Jersey, Washington State and Hawaii as a Chemical Operations Specialist and received several commendations including M16 Rifle expert.

He started working at Co-Generation Steel Plant in Plattsburgh followed by HFH Construction, St. Lawrence County Department of Highways, Wunders AT Construction and most recently St. Lawrence University in the Maintenance Department.

Kevin enjoyed driving his Corvette and big yellow truck and always had a Tim Hortons large double double coffee in his hand.

He also liked to play horseshoes, corn hole as well as watch NASCAR.

Kevin enjoyed spending time with his friends and was the kind of person who would give you the shirt off his back, unless it was his favorite flannel.

Those that knew Kevin could recall him saying, “You Never Can Tell.”

He was predeceased by a sister, Shelly Lazore and a step-daughter, Rebecca Newcombe.

Friends and family are invited to call on July 5, 2022 from 12:00 until time of service at 2:00 pm at the Donaldson-Seymour Funeral Home in Potsdam.

Memorial contributions in Kevin’s memory may be made to the American Cancer Society or American Heart Association.

Arrangements are under the care of the Donaldson-Seymour Funeral Home, Potsdam where memories and condolences may be shared online at www.donaldsonseymour.com