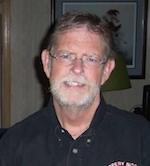 OGDENSBURG -- There will be a private service for Joseph Peter (Pete) Doe at the convenience of his family. Pete passed away unexpectedly at his home on October 10, 2019. Arrangements are with the Fox Murray Funeral Home.

Pete was born to James E. and Genevieve (Beaulieu) Doe on May 20,1952. He attended schools in Ogdensburg and graduated in 1971.

Pete began his career as a Press Operator working for both Commercial Press of Ogdensburg and Ryan Press. Later he worked as an Assistant Manager for Fay’s Drugs. He then began working in sales for Monarch Liquors. Pete finished his sales career after many years as North Country Sales Representative for both Sofco & Sysco Inc. Lastly, he served as a volunteer driver for St. Lawrence County.

Pete married Paula Murray on September 5, 1973 the marriage ended in 1994. He later married Laurie West and that marriage ended in divorce. Pete is survived by two daughters, Heather and Christopher Begnoche of Port Orange, FL, Lindsay & Clint Chuayprasith of Watertown, NY; and a son, Justin Doe and his companion Carolyn Miller of Central Square, NY; two brothers Paul & Ellen Doe of Indianapolis, IN (and Ogdensburg, NY) and Tom & Mary Jo Doe of Ogdensburg, NY. He is predeceased by both parents and a brother, Phillip who died in infancy.

Pete’s interests included photography and collecting all types of eclectic art. His passion was woodworking, he created a number of custom wood cremation boxes for friends and was known for restoration of fine furniture as well as wood inlay work.

Memorial contributions in lieu of flowers can be made to St, Lawrence County SPCA.