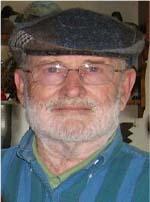 Jack was born to George and Cora (Thiebert) Haley in Massena, NY on November 21, 1931. Jack attended Sacred Heart Catholic School and graduated from Massena High School in 1950. While attending Niagara University, Jack was drafted in 1952, to join the 101st Airborne Division of the US Army during the Korean War. He was accepted to Officer Candidate School (OCS) and became a firearm instructor earning the Expert Medal while representing his unit at the Camp Perry Shooting Competition. Upon leaving the Army, Jack returned to Niagara University and completed his Bachelor’s Degree. After graduation, Jack worked supporting the St. Lawrence Seaway Project before becoming a Mathematics Teacher at St. Lawrence Central High School in 1966 until he retired in 1991.

Jack was an outdoor enthusiast who enjoyed alpine skiing, motorcycling, boating, camping, shooting and traveling around the United States with his family.

Jack is survived by his high school sweetheart, Gloria Daley, who he married in 1953 while in the Army; two sons, Daniel (Debbie) from Ohio and Michael (Susan) from Syracuse, NY; two grandchildren, Patrick (Kristen) from Boston, MA and John (Katelyn) from Burlington, VT; and one great-grandson Julian Jackson Haley; his sister, Mary (Bert) Sullivan from Massena, NY; and brother, Patrick (Sherry) Haley from Raymondville, NY.

Jack was predeceased by his sister, Betty Gabri; brothers, George and Richard Haley; and his only daughter, Kelly Ann Haley.

A celebration of Jack’s life is scheduled at the Garner Funeral Home on 10 Lawrence Avenue Potsdam, NY on Saturday, March 16 at 1:00 p.m. for family, we welcome the public at 1:30 p.m. with a service at 2:30 p.m. Condolences on line can be shared @www.garnerfh.com.

In lieu of flowers, please send donations to the Alzheimer’s Disease Research in Jack’s name at https://support.brightfocus.org