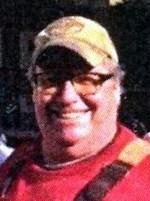 WEST STOCKHOLM -- Funeral service for John M. Bunstone, 63, of West Stockholm will be held on Tuesday, September 13 at 12 p.m. at Garner Funeral Service.

ohn passed away unexpectedly at Canton-Potsdam Hospital on the evening of Friday, September 9, 2022.

He is survived by his wife of 43 years Karen; two sons, Merrick (Lillian) Bunstone of Parishville and  Timothy (Cassandra) Bunstone of South Colton; his grandchildren, Katie, Marcie, Oliver, and Henri Bunstone; brothers, Jim (Robin) of Potsdam and Jeff of Colton; sisters, Rae Ellen Domicolo of Oswego and Veleta (Rod) Bresee of New Hampshire; and many nieces, nephews and cousins.

John was born on February 28, 1959, in Potsdam, a son of the late Merrick and Mary (Scott) Bunstone.

After graduating from Potsdam High School in 1977, he began his 45-year career at Niagara Mohawk and Brookfield as the Chief Maintenance Mechanic, a job he truly loved.

When John wasn’t working, he enjoyed reading non-fiction books, deer hunting, fishing for Brook trout in the Adirondacks, watching sports: his favorite teams included the Chicago Blackhawks, the Cubs, and the Miami Dolphins, riding his Harley-Davidson, cooking (on the grill or in the kitchen), travelling around the North Country with Karen, and loved spending time with his family, with his grandchildren holding a special place in his heart.

Mr. Bunstone was a social, straightforward man whose personality will be truly missed.

Memorial contributions can be made in John’s memory to St. Jude’s Children’s Hospital or to the American Heart Association.

Thoughts, memories, prayers and kinds words can be made to the Bunstone family at www.GarnerFH.com.