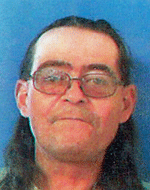 There will be no public calling hours, a Celebration of Life will be at the convenience of the family at a later date.

Jeff was born on November 5, 1961 in Massena, New York, the son of the late Raymond F. and Gertrude A. (White) LaShomb.

He worked alongside his brother Bruce as an auto-body repairman.

He is survived by a son Austin Ward and a daughter Carly Sharlow.

He is survived by his siblings, Rene of Massena; Duane and Shirley of Dandridge, TN; Rickie "Rick" and Vickie of Elkton, FL; Trudy and Steve O'Neil of Massena; Bruce LaShomb of Massena; Philip and Cynthia of Killeen TX; and William "Bill" and Christina of Massena, NY.

Also surviving him are many nieces, nephews, and cousins.

In addition to Jeff's parents, he was predeceased by a sister in-law Maureen LaShomb in 2022.

Jeff was an avid music lover.

He also had his own musical publishing company in Nashville, TN.

He played and customized his own guitars.

Jeff enjoyed being with family, working on old Volkswagens and going camping.

Arrangements are under the care and guidance of the Phillips Memorial Home located at 64 Andrews Street in Massena.

Friends and relatives are invited to share online condolences, pictures and memories by visiting www.PhillipsMemorial.com