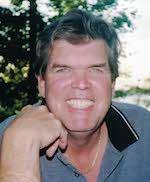 Calling hours will be held on Saturday, November 21 from 1:00 - 3:00 p.m. at the Green Funeral Home, Gouverneur, and a private graveside service will be held at East Riverside Cemetery, Gouverneur.

James was born in Watertown on January 5, 1950, the son of John J. and Ilene (Hollister) Forsythe.

Upon graduating from high school, Jim began a career in the construction field from which he retired from as a construction superintendent for Bette & Cring LLC of Watertown.

He married Terry A. Tracey on January 23, 1971 at the Gouverneur United Methodist Church.

The couple enjoyed traveling, spending winters in Florida, playing golf, and their time spent in their home at Sylvia Lake. Jim enjoyed shooting pool, was an avid outdoorsman hunting, fishing, and spending time with the boys at camp in Croghan. Most of all, he enjoyed time spent with his family, especially his grandchildren.

He is predeceased by his parents, John and Ilene; a sister, Lorrie I. McIntosh; and a granddaughter, Bailey R. Wood.