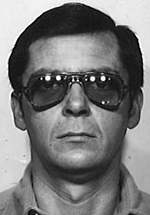 MASSENA — A graveside service for James R. “Jim” Alguire will be held on Wednesday September 21, 2022 in Calvary Cemetery at 1:00 PM.

James passed away after a brief illness at Canton-Potsdam Hospital on Thursday September 15, 2022.

The family has entrusted arrangements to the Phillips Memorial Home, Massena.

As per Jim’s wishes there will be no public calling hours or funeral services.

Jim was born to the late Gordon and Eleanor (Fortune) Alguire in Gouverneur, NY on January 7, 1943.

He attended Gouverneur schools graduating from Gouverneur High School in 1961.

Shortly after he began work for working for Walsh Trucking Company in Massena, NY on the loading docks.

He continued his career with Walsh Trucking until they unionized, starting his own trucking company JRA Trucking during the 1980’s retiring in the late 1990’s.

Jim is survived by his sister Sharon Alguire in Adams, NY, a cousin Timothy Owens of Massena, NY.

In addition to his parents Jim was predeceased by his brother Edward Alguire in August 2022.

Family and friends are encouraged to share memories, online condolence and photos of Jim by visiting www.PhillipsMemorial.com