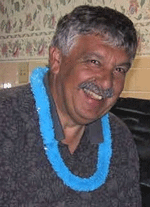 Jim graduated from Allegany Central High School in 1965 followed by one year at Alfred Tech College. Jim enlisted in the United States Air Force in 1966 and was stationed in Da Nang, Vietnam. Upon his honorable discharge he enrolled at Clarkson University in 1971. He received a Bachelor of Science degree with distinction in Mechanical and Industrial Engineering in the spring of 1975.

In March of 1971, Jim and his business partner Howard Cornwell started B&C sanitation. In April of 1987 they merged with Chet Bisnett and formed Waste Stream Management adding recycling and steel fabrication along with their sanitation business. In July of 1987 they started Waste Stream environmental.

Jim loved to hunt and fish and was a member of the Madawaska hunting club for many years and until his passing.

Memorials can be made to the Russell Methodist Church, Pestle St. Rd., Russell, NY 13684 or to one's local VFW. A celebration of life will take place at a later date and time at the family's convenience. Arrangements are with the French Funeral Home in Edwards. Condolences memories and photos may be shared at www.frenchfuneralhomes.com.