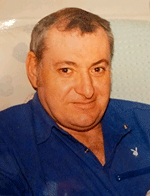 BRASHER FALLS — James A. Gauthier, 82, of Brasher Falls passed away on Wednesday, September 21st, 2022, surrounded by the comfort of his family.

In keeping with his wishes, there will be no public calling hours.

Jim’s family will honor his life privately at their convenience.

He was born on June 8th, 1940 in Potsdam to Adolphus and Erdine (Grant) Gauthier.

He graduated from St. Lawrence Central High School and went on to serve his country in the Air Force.

James worked as a pit operator for many years at ALCOA.

He married Margaret Gauthier, which ended in divorce, but the two remained lifelong friends.

Jim then married Beverly Hill, who predeceased him in January of 2021.

Jim was fascinated by planes when he was young.

As an airman, he visited many different places, and had a love for traveling.

Although he was an outdoorsman, and could always be found outdoors doing yard work, Jim made it a point to spend the cold New York winters in sunny Florida.

Besides his parents, his two loves, Margaret and Beverly predeceased him, as well as a granddaughter, Jessica Maryanne.

Memories and condolences can be shared with Jim’s family at www.hammillfh.com.