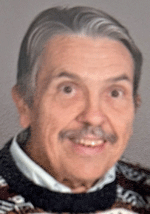 CANTON -- James F. Barry III of Canton passed away unexpectedly at his home from natural causes.

He graduated from West Hempstead High School in his hometown on Long Island. He continued his education at SUNY Potsdam and earned a B.A. and M.S. degree in chemistry (the subject that he enjoyed teaching).

His professional experience includes working as a lab assistant and Chemistry Instructor at SUNY Potsdam (1968-1969), serving as a Chemistry Teacher at Canton Central School (1969-2001), and as a Horizon Instructor at Clarkson University (2001 to 2004).

Jim also coauthored a chemistry lab manual with his wife and received a Sigma XI Award for excellence in Science Teaching.

He wrote magazine articles and contributed two-volume disks about chemistry for the NY regents.

He retired from his job as a high school teacher in 2001 after which he served on the SOAR (stimulating opportunities after retirement) Board of Directors (a ROAD scholarship program affiliated with SUNY Potsdam). He was the curriculum co-chair of this program and served on its board. For his dedication and hard work, Jim was presented with a Super SOARer Award.

He also belonged to a writers' group, was an avid reader, and wrote more than 250 vignettes.

On July 3, 1971, he married Dana Malloy (of Clinton, NY) at St. Mary's Church located there. They spent 50 wonderful years together.

Besides his wife, Dana, Jim is survived by his sons, James (Linda) of Delaware, Brian (Erica) of Long Island, Daniel of California, and Eric (Karen) of California. His grandchildren include Alex, Jonathan, Christopher, Catherine, and Bodie. Jim is also survived by his siblings, Betty (Edgar) Hoy of Florida, Tom (Sharon) Barry of Virginia, and Steve (Karin) Barry of Texas. In addition, he is survived by his brother in-laws, Robin (Margaret) Malloy of Indiana, Daniel (Roxann) Malloy of Portville, NY, Eric (Donna) Malloy of Virginia, Gary (Jean) Malloy, of South Carolina and a sister in- law, Karen (John) Steven of Virginia, along with many nieces and nephews.

He became a diehard Yankees fan when the Dodgers left Brooklyn and was a long-time member of the Baseball Hall of Fame.

Also, it can be said that he was the # 1 customer at the Canton Free Library. In addition, he traveled to Ireland, a lifelong dream of his.

Arrangements are with the O'Leary Funeral Home in Canton on US Highway 11.

A Mass of Christian Burial will be held at 11:00 a.m. on Saturday, July 9, 2022 at St. Mary's Church with Father Bryan Stitt, Pastor celebrating.

Following the burial, a lunch will be served at St. Mary's Parish Center. It will provide an opportunity to meet with the family and share stories.