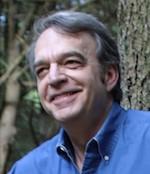 COLTON -- James E. “Jay” Thompson passed away early on Thursday, November 25, 2021 at the SUNY Upstate Medical University in Syracuse, NY. Jay was born on March 20, 1942 in Fitchburg, Massachusetts and grew up in Holyoke, MA. He spent most of his life in Western Massachusetts, primarily South Hadley and Belchertown, an area that he greatly enjoyed.

Jay was an extraordinary man, full of life, love and music -- a gentle, thoughtful, and compassionate spirit. He was deeply loved by his family members and many friends, going all the way back to his high school days. Jay is survived by his wife of 38 years, Tracey L. Thompson; two sons, Drake J. Thompson and Matthew T. Houghton-Thompson; daughters-in-law, Lillian Thompson and Jaimie Houghton-Thompson; grandchildren, Connor Thompson and Kris Thompson; his brother, Jeff Thompson; niece, Khiarra Kosling and nephew, Zach Thompson.

Jay was a talented and creative television director/producer and worked for more than three decades at WGGB-TV in Springfield, Massachusetts, directing and producing a variety of special programs including a popular children’s show called “Strummin’ Drummers.” He was a man of many interests and hobbies including model railroading, fishing, camping, photography, cycling, white-water canoeing and kayaking.

But his real love and calling was music; Jay was an accomplished musician and singer-songwriter. He recorded an album of folk music with a group called the Tikis in 1962 and created an album of his own original work titled “Better Late Than Never” in 2005. Jay participated regularly in open mic events at PACE in Easthampton, at Luthier’s Co-op, and most recently in a Zoom open mic hosted by Dan Russell of Easthampton.

Jay had what appeared to be a heart attack on Wednesday afternoon, but it turned out to be an aortic dissection, which is difficult to survive. He was airlifted to Syracuse where he underwent nine hours of emergency surgery, but too much damage had been done to his heart and he passed away at 1 a.m. on Thursday.

Jay's life will be honored with a very special open mic. This celebration of life, love and music will be held at Luthier's Co-op, 108 Cottage Street in Easthampton, MA from 12 Noon to 3 p.m. on Sunday, December 5, 2021. Jay's good friends from PACE, the Luthier's open mic and Dan Russell’s Zoom open mic will play their favorite songs in memory of Jay. All are welcome. Jay will be remembered by all who knew him as a good man with an easy smile, a funny joke, and a helping hand. He will always be a beautiful soul.

Arrangements were entrusted to the H.E. Turner & Co. Funeral Home, 403 East Main Street in Batavia, New York. Please leave a condolence, share a story, or light a candle at www.bataviafuneralhomes.com.