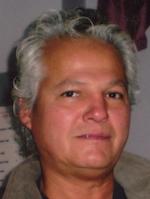 AKWESASNE – Gordon J. King, 62, of Drum Street Road, unexpectedly and peacefully passed away Friday, September 9, 2022, in his sleep at his home.

Gordon was born on August 6, 1960 in Cornwall, the son of the late Louis E. and Irene (Swamp) King and graduated from General Vanier in Cornwall. On December 22, 2012, he married Denean Cook at the Hogansburg United Methodist Church.

Gordon was a journeyman ironworker with Local #440. He was a member of the Sons of the American Legion and the Akwesasne Death Benefits. He enjoyed working outdoors, skating and skiing, and cherished the times he was able to play with his grandchildren.

In addition to his parents, he was predeceased by an infant granddaughter, Adelina King; his sisters, Amy and JoAnne King; a brother-in-law, Larry Rourke; and his mother-in-law, Jeannette Cook.

Friends may call at the Akwesasne Homemakers beginning at 5:00 PM on Sunday until 2:00 PM Tuesday, when his funeral service will be held at the Homemakers. Cremation will follow.

Arrangements are under the care and guidance of the Donaldson Funeral Home, Massena, where friends and family may share memories and offer condolences online at www.donaldsonfh.com.