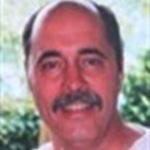 He was born in South Colton, NY, the son of the late Bernard and Irene Connelly. Jerry was a sergeant with the U.S. Air Force from 1964 to 1968.

He was the owner and operator of Connelly's Small Engine Repair in Liverpool and also worked for the postal service for 18 years.

Jerry is survived by his wife of 31 years, Catherine (Smith) Connelly; daughters, Christine (James) Pratt of Elmira, NY, Jennifer (Terry) Healy of Winnetka, IL and Jessica (Derek) Bakay of Syracuse; 5 grandchildren; brothers, Jack, Steve and Andrew; sisters, Margaret and Diane along with many nieces and nephews.

Funeral services have been at the Thomas J. Pirro Funeral Home, N. Syracuse.

Burial was to follow in Onondaga County Veterans Cemetery.

In lieu of flowers, contributions in Jerry's memory may be made to Living Hope International Ministries, 458 Old Niskayuna Road, Latham, NY 12110