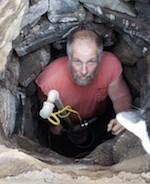 There will be no public calling hours or services.

Arrangements are under the care and direction of the Phillips Memorial Home in Madrid.

He was employed as a Bus Driver for the Madrid-Waddington Central School district.

He was a member of the St. Lawrence Horse Association, Madrid Rescue and Fire Department.

Online condolences, pictures and memories may be shared with the family at www.PhillipsMemorial.com.