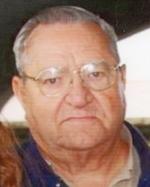 Emmett was born January 14, 1935 in Bombay, the son of the late Henry and Elizabeth (Boyer) Fleury and attended schools in Bombay. On July 29, 1957, he entered the US Army, proudly serving his country until his honorable discharge on July 28, 1959 as a Specialist First Class. On June 2, 1962, he married Kathleen M. Kellison at St. Joseph’s Catholic Church with Msgr. Skelly officiating.

Emmett was a truck driver and diesel mechanic for many years with various companies retiring from Griffith Oil Company. After his retirement he worked with Marshall Hall. He was a member of the Teamster’s Union and truly loved working on anything mechanical. He was a communicant of St. Peter’s Parish and enjoyed woodworking, camping, fishing, hunting, golfing, and cherished the time he was able to spend with his family.

In addition to his parents, he was predeceased by his siblings, Donald, Leo, Lyle, Walton, and Paul Fleury, Elsie A. French, Pearl Brown, Pauline Smith, Ona Giles, and Betty Dominy.

Friends may call on Wednesday 2 - 4 and 7 - 8:30 PM at the Donaldson Funeral Home, Massena where a prayer service will be held privately. Visitation will be occupancy controlled with those attended required to observe social distancing and wear face coverings. Please note that if occupancy limitations are required those waiting may have to wait outside until occupancy has been reduced.

In lieu of flowers, those wishing may consider memorial contributions in his memory to Massena Rescue Squad or the American Heart Association.