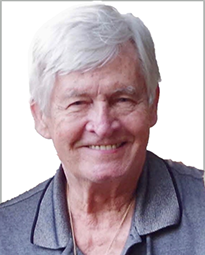 He was a medical doctor for over 50 years and dedicated his life to family medicine at Clifton Fine Hospital in Star Lake from 1971 to 2018.

He also established family medicine and laser therapy practices in Tampa, Florida from 1987 to 2008.

A veteran, Jack served in Japan and Thailand from 1968 to 1970 as an Army Major, returning to do a year of residency at New York-Presbyterian/Columbia University Medical Center.

He was an avid pilot, sailor, and fisherman.

He was predeceased by his youngest sister Peggy Ferrone and Uncle John Tierney.

Also known affectionately as Doc, he lives in the shared memories of cousins, friends, colleagues and patients in the Adirondack region, Tampa, and Cat Island, Bahamas.

Remembrances and more information on legacy.com