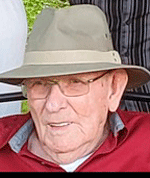 There are no funeral services and burial will be private in Maple Grove Cemetery in Richville with the Green Funeral Home, Gouverneur.

Donald was born in West Virginia on August 30, 1930, the son of Scott and Mary (Young) Nichols.

He worked in the coal mines of West Virginia and eventually settled in northern New York. Don worked at the paper mill in Natural Dam and owned/operated Nichol’s Exxon in Gouverneur. He enjoyed fishing and going camping.

Don married Marlene Hanratty in 2011 and she passed away in 2014. He was previously married to Cora Taylor who also predeceased him.