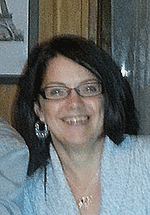 LOUISVILLE -- Mrs. Denise “Sherry” Henophy, 58, passed away with her husband and children at her side on June 24, 2020, at the Claxton-Hepburn Medical Center in Ogdensburg after her three-year battle with cancer.

Arrangements are entrusted to Hammill Funeral Home in Winthrop. Visitation will be held on Wednesday July 1 from 2 – 4 and 6 – 8 p.m. at the Funeral Home. Physical restrictions due to NYS orders will be followed and if attending you are required to wear a face mask. Denise’s Funeral Mass will be celebrated Thursday July 2 at 10:00am at The Church of the Sacred Heart with Fr. Mark Reilly officiating.

Denise was born on November 4, 1961 in Alexandria Bay, and raised by her loving parents Dennis and Doris (Hutchins) Kelly. She graduated from St. Lawrence Central High School and continued her education at Massena Business School. At one time she was married to Jeff Russell with the marriage ending in divorce, but they remained close friends.

She later met Bill Henophy and they were truly compatible with one another sharing love, laughter, and the enjoyment of life together. They were married on June 10, 2017 at Bill’s family property in Louisville.

Denise was the office manager for the St. Lawrence County Planning Office, overseeing all the administrative duties. She had a special relationship with her co-workers as she considered them her work family. She was also the co-owner of Henophy Logistics Trucking Company.

She will be remembered as a kind individual who always had a smile for everybody; “The nicest person I’ve ever met” Bill stated. Denise loved spending her summers at their camp on the Flow in Parishville. She enjoyed reading and travel. Her sweet nature was felt by all her friends and family and she will be greatly missed.

Denise is survived by her husband and best friend, Bill; her daughter Shara (Clark) Phippen of Winthrop, son Cody Russell of Winthrop, step-children: Mark Henophy of Louisville, and Lauren Henophy and her companion Ray Stevens of Clay; her mother Doris Kelly of Brasher Falls; grandchildren: Payton, Wyatt, Kent, Khloe, Karter, and Olivia; sister Brenda (Craig) Peets of Winthrop, brother Paul (Liz) Congleton of Lisbon, and Rosalie Phillips who was like a sister to Denise; several nieces, nephews, and cousins.

For those wishing to express an act of kindness, memorial contributions in Denise’s honor can be made to The Richard E. Winter Cancer Center; 5 Lyon Pl, Ogdensburg, NY 13669.

Please take a moment to connect with Denise’s family through the “Tribute Wall” section of her obituary on our website, www.hammillfh.com.