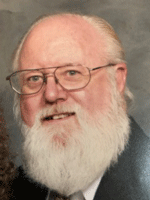 A funeral mass will be held on Saturday, August 20th at 11:00 am at St. James Church, Gouverneur with burial to follow at New St. James Cemetery, Gouverneur.

Calling hours are on Friday from 4:00 to 6:00 pm at the Green Funeral Home, Gouverneur.

Lawrence was born in Gouverneur on August 3, 1946, the son of Lawrence S. and Genevieve M. (Liscum) Morse.

After completing school, Lawrence was a typesetter for the Gouverneur Tribune Press.

While setting type for an ad for an opening for Sherwin Williams, he decided to apply for the opening and won the position.

As a result, he was initially transferred with Sherwin Williams to Saratoga Springs and later to Pittsfield, Massachusetts.

While making a life in Berkshire County, Mass., he was able to take courses in firefighter essentials allowing him a volunteer position with the Lenox Fire Department in 1969 which eventually ended in 2007 at the rank of assistant chief.

He was also involved in the Local Lion’s Club, Masonic Lodge, and the Shriner’s.

After 26 years with Sherwin Williams, he worked for Hillcrest Educational Center.

In 2007, he returned to Gouverneur for retirement and became interested in theology, taking courses, and being ordained in October 2017.

Larry became prison chaplain at Adirondack Correctional Facility as well as the ones in Ogdensburg and Gouverneur, resigning his position in 2022, due to illness.

Larry also volunteered to play Santa Claus during the holiday season for a variety of charitable organizations including the Food Pantry at Gouverneur Neighborhood Center and as a fireman with Richville Vol. Fire Department.

He was nearing 20 gallons as a blood donor, enjoyed camping, photography, and teaching his grandson Paine how to cook inside the house and outside on the grill.

Larry is predeceased by his parents and his grandparents Charles and Irene Liscum, George and Elekta (Planty) Morse.

In lieu of flowers, please make memorial donations to the Shriner’s Hospital.